Incoming! A "Rack Attack" Coming to a Neighborhood Near the Ballpark

More bike parking is about to spout up near the Washington Nationals ballpark. DDOT's announcing the installation of 36 bike racks in the SE neighborhood near the ballpark. The installation will start at 10am at 3rd and K SE, weather permitting.

How many bike racks have been installed inpublic spaces in DC? What's your best guess? 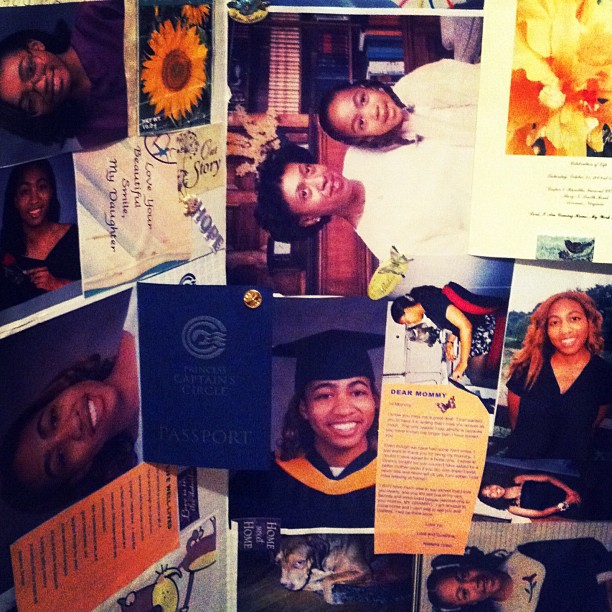 Natasha Pettigrew's mom, Kenniss Henry, who was among those who fought for a change to Maryland's vehicular manslaughter law in Annapolis during the Maryland Legislative session, held a special gathering to remember her late daughter on Sunday night.

Friends, family, and people who were inspired by Pettigrew --she was running for Maryland Senate as a member of the Green Party when she was killed in 2010--gathered to share memories of the 30 year old.

Natasha Pettigrew was training for a triathlon when she was struck and killed in September of last year while riding her bike along Maryland Rt 202.

Prosecutors can't comment on the case, but it's believed that charges will be filed in the hit and run. There were reportedly no eyewitnesses to the crash--the woman who identified herself as the driver of the SUV that struck Pettigrew said she thought she hit a deer. When she got to her home in Upper Marlboro and found a bike lodged beneath the undercarriage of her car, that's when she reportedly called police.

The vehicular manslaughter bill that Henry lobbied for allows for jail time in cases of crashes resulting in death. Previously, deadly crashes in Maryland resulted in fines for drivers.
Posted by Kate Ryan at Sunday, September 25, 2011 No comments: 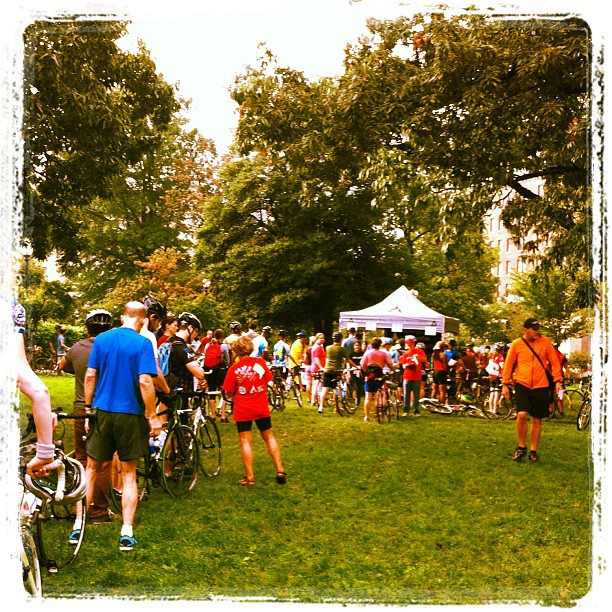 So I didn't finish all 50 states in WABA's 50 States Ride, but I had a great time. I got to 33 of the 50 states during the 'official' segment of the ride, and my ride home took me along another 7, so I figure I did pretty well. (According to my cue sheet, I covered some 44 miles during the ride itself.) 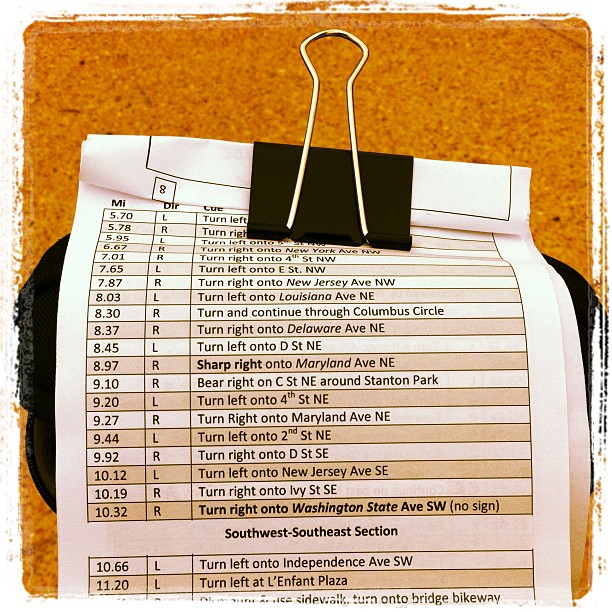 The after-party was great too, mostly because you could see how this event really does build communities. I ended up talking with two young women who exchanged invitations--they were each hosting after-after-parties--and they found out they lived just blocks from each other. A new friendship was forged--thanks to bicycles.

What was your experience? Did you overcome a challenge? Meet new people? Discover parts of DC you had only heard or read about?

And did you come up with do's and don'ts? My own personal do: train more, drink more. And by drink more I mean drink more water and electrolyte-replacing beverages. My own personal don't: Don't hesitate to bike more. As sore as parts of me are today? I always, always, feel better after a bike ride.
Posted by Kate Ryan at Sunday, September 25, 2011 1 comment:

Bikes on a Global Roll: Coincidence? I think not!

Bike-hating drivers---this one's for you. I say bike-hating drivers because I don't think all drivers hate bikes and cyclists. After all, studies show most cyclists own cars and even drive them from time to time.

But back to you, bike-hating drivers: this is it.

Clearly, there is a vast bike-wing conspiracy out there, with cyclists just waiting to roll all over driver hegemony on the roadways. It's not just local. It's not just national. It's global, people.

First, New York City goes all bike-y with the announcement that it will jump on the bike share bandwagon by contracting with Alta Bicycle Share. If the name sounds vaguely familiar, it's because Alta is the same outfit that brought the now ubiquitous red bikes to DC and Northern Virginia in the form of Capital Bikeshare. And Alta is--brace yourselves--based in Portland. Yes, Portland. Home of shell art, things with birds on them, and guys on bikes.

Not content with spreading the red bikes to NYC, the folks at Capital Bikeshare will be flaunting their red-bike cuteness by throwing a birthday party. They'll be celebrating the one year anniversary of the little-red-bikes-that-could on September 22nd at Yards Park. They'll no doubt be all smug and superior, with that "ride where and when you want" attitude of theirs. 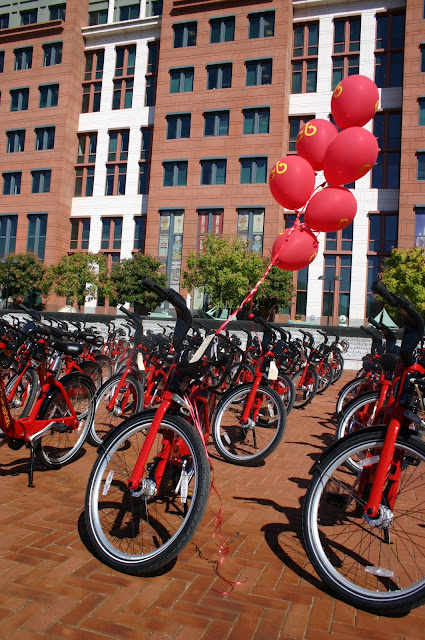 As if that weren't enough, images of bike docks on National Park Service property are dancing in their heads, since Tim Craig at the Washington Post reported that six--count 'em six--members of Congress want to see those red bikes dot the Mall and the Park Service says they're working on ironing out all the details.

Ok, and here's proof that this bike thing is global: Julian Ferguson at the European Cycling Federation sent the following release detailing how European nations are cooperating to add 10,000 kilometers to the network of trans-European bike routes.

So is this bike thing a fad? I wonder from time to time myself--I'm old enough to remember when NYC installed--and then ripped up--bike lanes in the Koch administration. But it looks like for now, these cyclists are intent on joining drivers on the roadways.

As someone who bikes, drives and walks and has issues with the stupid and even dangerous behavior I see by all players from time to time, I suggest we work harder than ever to get along out there. The cost of doing otherwise is just too high.
Posted by Kate Ryan at Sunday, September 18, 2011 No comments: 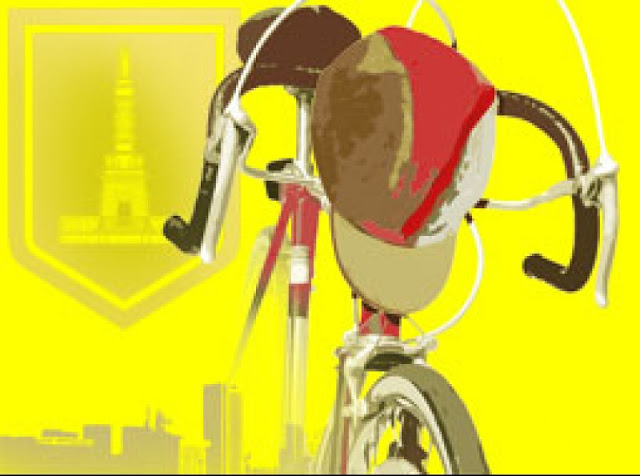 That's how Tami Bensky describes what was taken from her when her husband, Larry Bensky, was killed while out on a recreational ride with a friend in April of 2010.

I first saw Tami Bensky sitting at a witness table in Annapolis where she waited nervously to testify before a House committee. Her voice was steady until she explained that the driver who killed her husband walked away with a fine, because Maryland law treated vehicular manslaughter as a traffic offense. The law was changed, in part due to the people like Tami Bensky who pushed for that change.

You'll hear that testimony here. And then you'll hear how Tami Bensky continues to try to make the roads safer for all cyclists, despite the fact that she's not a biker herself. She explains she's not anti-car. She's a suburban mom who like so many, depends on her car for her family's transportation needs. She just doesn't want anyone else to experience the loss she did. You can find out more about the event that was established in her husband's memory; Larry's Ride and Run also raises funds for Bike Maryland, the same group that brings you Tour de Port, a great way to get to know Baltimore.
Posted by Kate Ryan at Saturday, September 17, 2011 No comments: 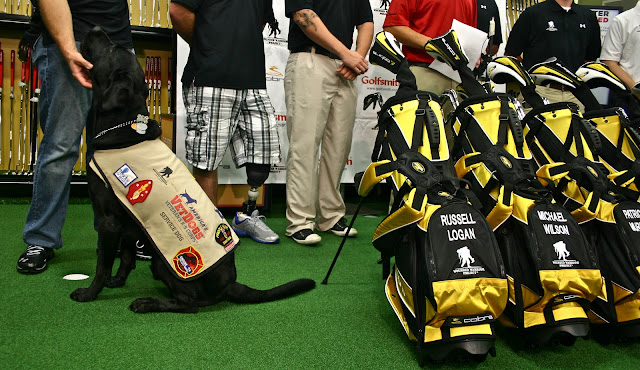 The origin of the characterization of golf as " a good walk spoiled" has been largely debunked, but the fact is, the game is loved and hated in equal measure by those who play it. It allows for quiet contemplation, focused physicality and socialization. And it also inspires fits of temper that can include--club-throwing. An act that my father said should get you banned from the links for life.

The point here is that for 7 members of the Wounded Warrior Project, the game of golf is yes, a source of frustration, but also a release. It's a game that is played in groups, but at your own pace and at your own level. It can't be rushed. It gives players a chance for quiet introspection and socialization. For wounded warriors, it's a perfect tonic for body, soul, spirit.

I got to meet up with 7 wounded warriors who were being presented with custom-fitted clubs (in personalized golf bags) from the Golfsmith store in Tyson's Corner, Virginia. Here's some of what they had to say about the benefits of golf.
Posted by Kate Ryan at Saturday, September 17, 2011 No comments:

Backtracking: Hear Tell: William Caswell, Remembering one of "Our 11" on 9/11 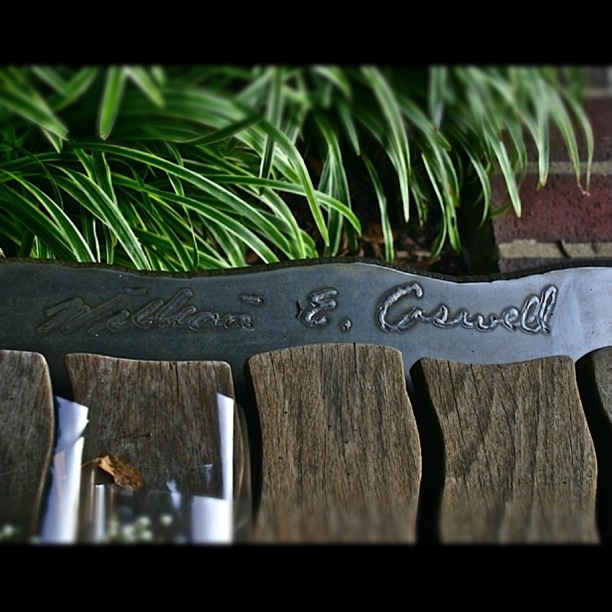 I've slipped a bit this week for non-broadcast reasons, so this is the first a few things I'll post that deal with past broadcast/stories.

As part of WTOP's coverage of the 10th anniversary of the 9/11 attacks, I contacted Julia Caswell Daitch, the sister of William E. Daitch, one of 11 Montgomery County residents killed on September 11, 2001. She was kind enough to sit for an interview because the focus would not be on what she calls 'the nation's story', but on helping listeners see beyond the name on a memorial.

I am deeply grateful to her for agreeing to talk to WTOP. I hope the story helps, in some small way, for her wish to come true; that we can all be a little more kind to each other.

Wounded Warriors: the next challenge

Wounded Warriors: the next challenge, a set on Flickr.
A unique approach to recovery from combat injuries.
Posted by Kate Ryan at Friday, September 16, 2011 No comments:

I was curious to see how cyclists are managing their bike commutes in what's turning into an aquatic workout, and checked in with the always entertaining Brian McEntee.

His blog tells the story beautifully. Especially the part about gettting a goofy grin from another cyclist, because sometimes the soaking is miserable, and sometimes, when you are on the way home and know you've got a hot shower and a good meal ahead? It's just fine.
Posted by Kate Ryan at Thursday, September 08, 2011 No comments:

To Catch a (Bicycle) Thief

Can you help crack this case?

Look at this video from dcist and see if you can help.

Let's see if the nice, clear shots on this video result in recovery--and arrest.
Posted by Kate Ryan at Thursday, September 08, 2011 No comments: 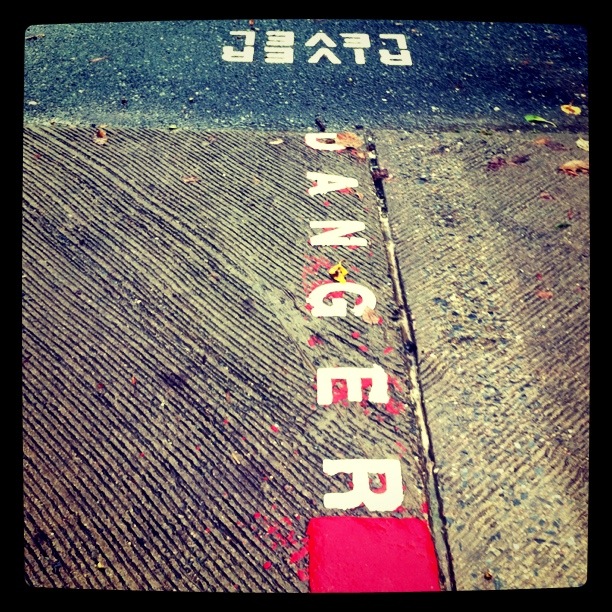 Ever plan a trip and then have the weather turn on you? Welcome to Wayne Hydorn's ride from Pittsburgh to Washington, DC. 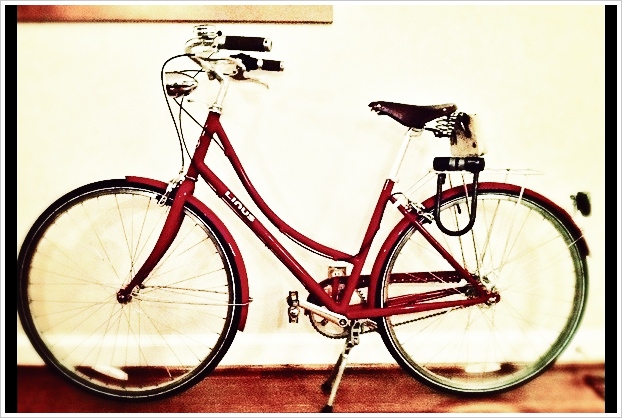 Laura Newton's lovely Linus made it back home after being stolen right off her front porch. Something about this story made me think of the old Robert Johnson lyric:


'some joker got lucky got lucky/stole her back again'

Hear tell, and see what you think:
http://soundcloud.com/kryanwtop/hear-tell-some-joker-got-lucky

It's the kind of story I love to tell.