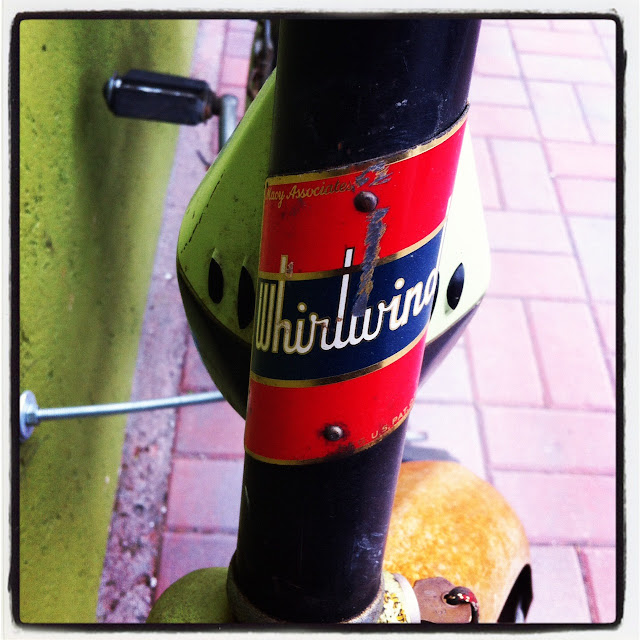 Halfway through April and this is what it feels like--a Whirlwind. There is so much bike-centric activity, it's hard to keep up.

Here's just a little of what you can look forward to thanks to the hard-working bike advocates and community-minded folks in the region: bike rodeos, a jazz-themed bike benefit, Bike DC, Bike to Work Day, and warm weather to enjoy it all. (Ok, the warm weather was going to happen on its own, but hey, it's nice, right?)

Coming up fast, Monday, April 16 is one of my favorites-- a bike rodeo for kids at Vienna Elementary School. I love this because it's a great chance to let kids work on their bike-handling skills. And it's a chance for us grown-ups to reflect upon how we teach kids the rules of the road. Hint: as a former teacher, I will tell you it's what we do and not what we say that makes the indelible impression. And this event includes a little bike wrangling. If you have a gently used child's bike you can bring it along to donate to an organization that delivers bikes to communities in Africa.

More kid stuff here. Actually, an event for everyone brought to you by the folks at Kidical Mass. Megan Odett's teamed up with DDOT and Safe Routes To Schools  and WABA and they've got a lot of great ideas to get families moving. This is perfect for the parent who wants to encourage the kids to get out and play (on their bikes!) network the neighborhood (on bikes!) and have fun while doing it safely. It's FREE and allows you to get all kinds of great advice on everything from the mechanics of riding to rules of the road.

Bruce Wright of Fairfax Advocates for Better Bicycling or FABB has a raft of events listed on his site, a great local resource.

The Washington Area Bicyclist Association has a jam-packed schedule for May, including a touch of vintage-chic at the May 11th Bikefest fundraiser.

I however will be missing many of the Merry Month of May events, but don't cry for me. I'll tell you all about what I'll be doing in due time and I promise to find ways to share it with you.

Outside to play now. On the bike.

Women Who Bike And the Women Who Influence Them 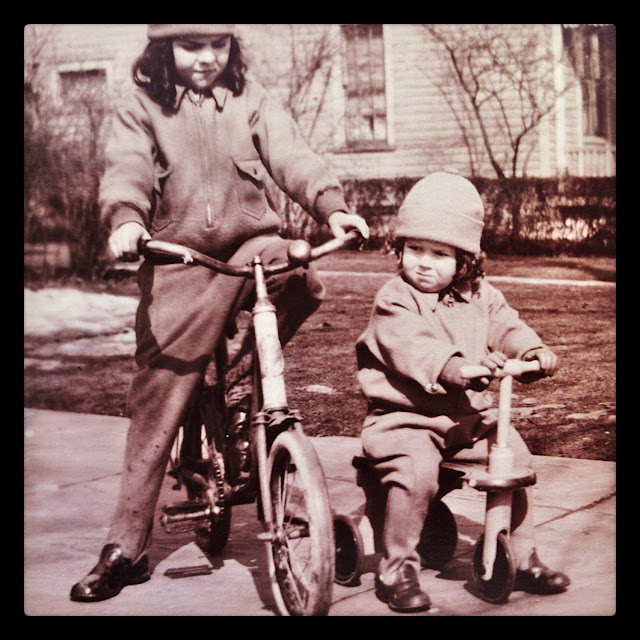 There's a lot being done to get more women on bikes. Washington Area Bicyclist Association (WABA) has been hard at work on the issue and the League of American Bicyclists featured a forum on women and biking. And let's not forget the home-grown movement kick-started by Veronica Davis, Black Women Bike DC.

The first, most important woman in my life-the one I am named after-would sometimes bike with us as kids. I remember we had a great paved path that was used by everyone--dog walkers, folks just out for a stroll, and kids like me zipping over to a friend's house, to the beach, or to the library.

We lost my mom yesterday, early Easter Sunday morning. As I went through some old photos, I found these. My mom side by side with her older sister. Check out her starter bike. And then take a look at the close up and that--I see it as determination--as she focuses on her older sister's bike. 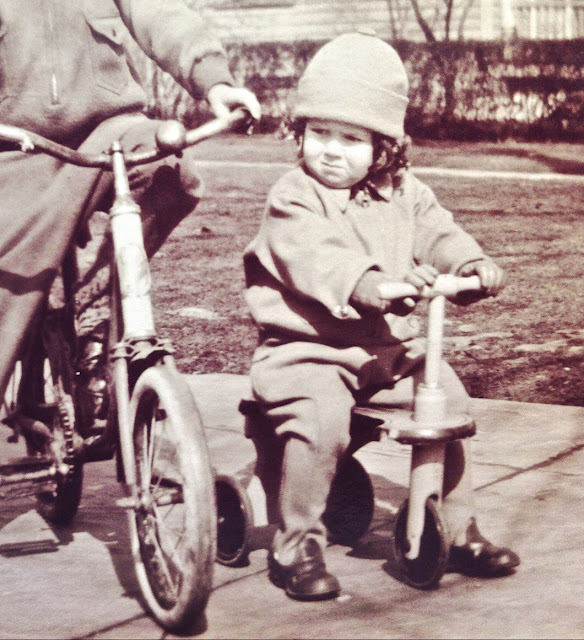 And though this blog is about bicycles, I have to confess: as a child, more than a bike, I wanted a pony. I was one of those little girls who doodled ponies and horses endlessly, read every book I could that was vaguely horse-related, and when I got my first bike, pretended my bike was in fact a horse. I even posted when coasting, as though at a trot on a horse. I was hopeless. And perhaps this is why: I love this photo of my mom more than any other. 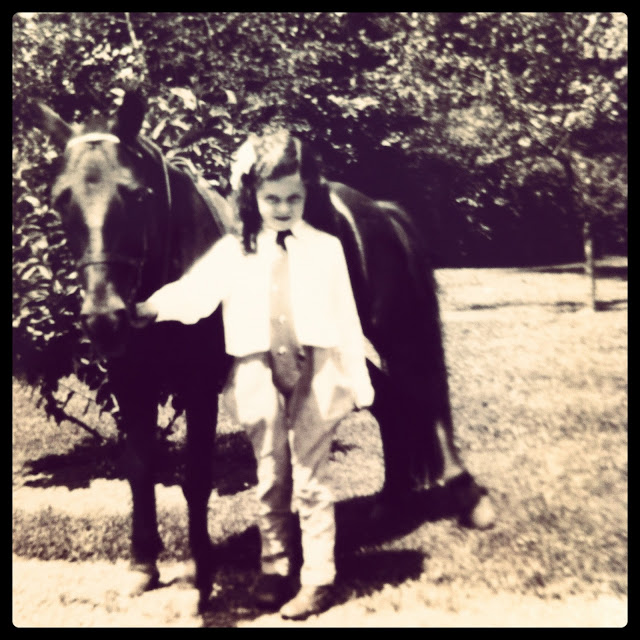