You Say We Need A Resolution...


Resolve to Ride Responsibly: not only is it alliterative, but it sounds well, downright civil. What could be wrong with an effort that asks riders to follow the rules of the road? Plenty, according to some cyclists who make it clear that this effort by WABA grinds their gears. If you check the WABA website, you'll see what I mean. The upshot; some cyclists argue that since motorized vehicles can do the most damage, and since motorists clearly have scofflaw issues of their own (from unpaid tickets--see my colleague Mark Segraves' pieces on parking tickets in DC, or Darci Marchese's story on red light cameras) there's no reason for cyclists to have to make this kind of a resolution.
That's obviously not the view of the folks who took part in the ride. I caught up with them in front of the White House before they took off for the second leg of their ride. Hear what they had to say, and discuss among yourselves. Or shoot me those comments here.

And pay close attention to the last comment on this story and see if you agree. 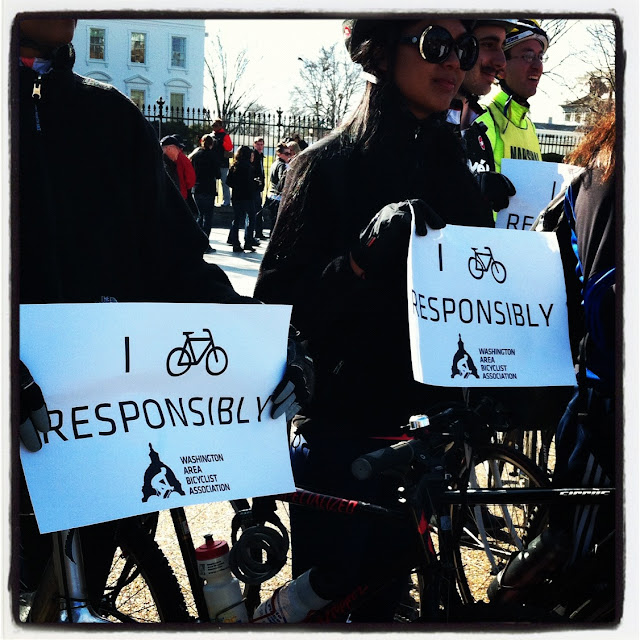 "We're Talking Bikes in the Woods"

Yesterday, I was standing around at Sandy Point State Park --where winds whipped up to 40 miles per hour--with the rest of the media and Maryland state officials. We were awaiting the arrival of Governor Martin O'Malley when I met David Ferraro of the Mid Atlantic Off Road Enthusiasts and we talked about, well, biking in the woods.

Governor O'Malley was talking about his plans to add $22.7 million dollars to state parks, and that prospect made Ferraro very happy. So we chatted about the many opportunities for you to go bike in the woods at places like Patapsco Sate Park.

Have a listen, check the sites, and then get out and see the sights. On a bike.

I started Sunday's bike ride with a trip to the farmer's market, and ran into Andrew Cazier and..BOB. * 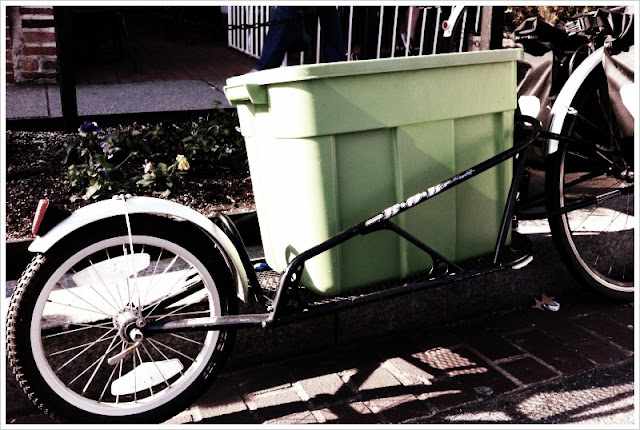 I'll let him explain who BOB is...

*BOB stands for Beast of Burden. 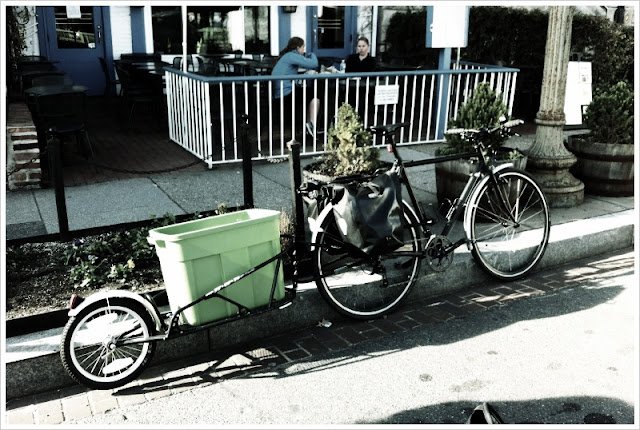 Ok, so on day three I got my workout in later rather than earlier.

Much later. Like @ 10pm. Actually it's a really nice time to ride: the streets are quiet and it's fun.

Upside: I got in my 31 minutes. (I pledged to complete 30 minutes a day +1, besting Newark Mayor Cory Booker by 1 minute each day. Just because I wanted to go him one better, but not go all crazy. I have my limits.)

Downside: Bitter cold, windy and I took out a Capital Bikeshare bike. Now I love the  Cabis but I have to say: after zipping around on my Jamis Coda, those Cabis are heavy! That's why I'm amazed at how Tom Bridge has been making use of them for his workouts.

Not earth shattering, but a start.

How about you? What's working for you?
Posted by Kate Ryan at Wednesday, January 04, 2012 1 comment:

It's a question Tim Eby of Gaithersburg gets all the time when people spot him on his gas-powered bike. 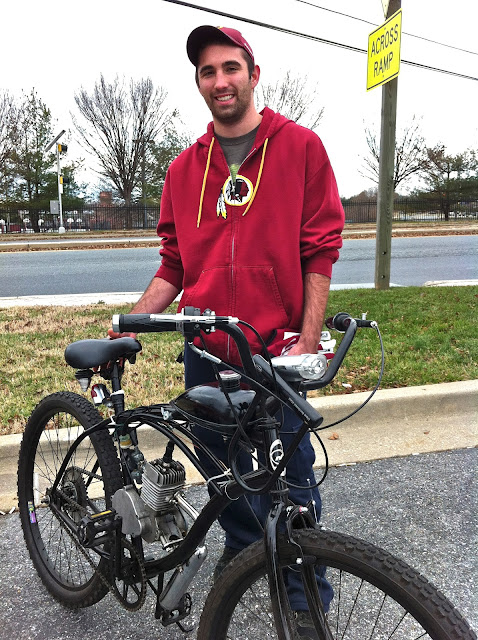 Why a gas-powered bike?

Get the story here:

So, it's the first day of the new year, and I'm out for my bike ride. It's not just because January is posing as April (the weather is fantastic; sunny, cool) but because I said I would. I have to make good on my 31 minutes of activity a day.

So here I am, making good on one of my New Year's resolutions, when I figure I can make good on another. I want to do more to keep this blog current, and to profile people I meet on my rides. So I accost a cyclist to chat about biking.

Well, it turns out the kind gentleman who's good enough to pull over and chat is another journalist. 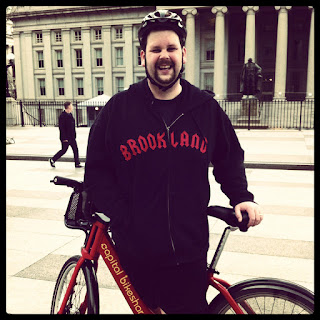 Doh! I am not a fan of journalists interviewing other journalists, but Tom Bridge and his wife Tiffany (who pulled up behind him) inspire me. Like me, they are on their bikes for fun and for fitness. As Tom puts it, he's on a"concerted weight loss effort".

His wife Tiffany tells a great story about how she ended up getting herself her super-cute Bianchi. 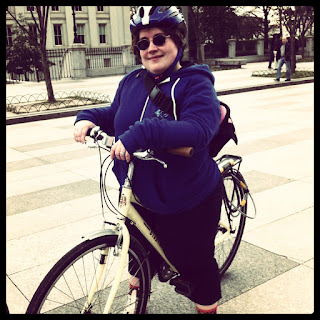 Fun fact: Tom's parents and their story of getting on the road to fitness appeared in the New York Times Magazine .Wow.

Hear what Tom and Tiffany had to say:

Came within inches of being @struckdc's first of the year as car made illegal 3-point turn into my lane.
from Washington, DC
3:15 PM - 1 Jan 12 via Tweetbot for iPhone · Details

I never like to hear about these. But Tom kept it positive.I'm wishing Tom and Tiffany the best. We traded info about our favorite fitness apps, and will keep tabs on each other. I'm inspired. 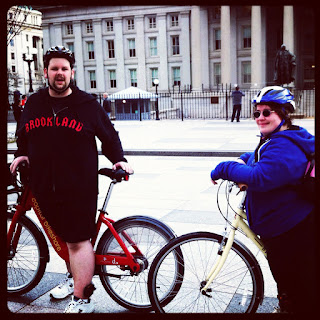