ICYMI: WTOP's Coverage of the Case of Natasha Pettigrew's Death

That was the verdict of a jury in the case of Christine Littleford, the woman who prosecutors said was behind the wheel of the SUV that killed 30 year old Natasha Pettigrew, the Green Party candidate for Congress in Maryland in 2010.

Pettigrew was out riding on Rt 202 in Prince George's County in September of 2010 when she was hit by the driver of the SUV who continued to drive for 4 miles with Pettigrew's bike still lodged beneath the car.

Natasha's mother, Kennis Henry, had been determined to see the case through from the very first investigation of the crash to the jury's eventual verdict. Henry joined other families whose loved ones had been killed by drivers on Maryland roadways to change Maryland's vehicular manslaughter laws--laws one legislator called so lax as to be "cosmically absurd".

Littleford will be sentenced in August of this year.
Posted by Kate Ryan at Sunday, May 27, 2012 No comments:

She's Back in the Saddle...and Happy!

I'm in what is pretty close to Bike Nirvana: Gent, Belgium, where cycling for transport is normal and where you can feel pretty confident that autos will give you the right of way. It's not perfect, you see public education campaigns in Belgium that urge cooperation among cars, cyclists and pedestrians, so it's clear there are issues here. And I've had some cars give me the shudders as they pass too closely or speed right up to an intersection before giving you the right of way. But that's more the exception than the rule. 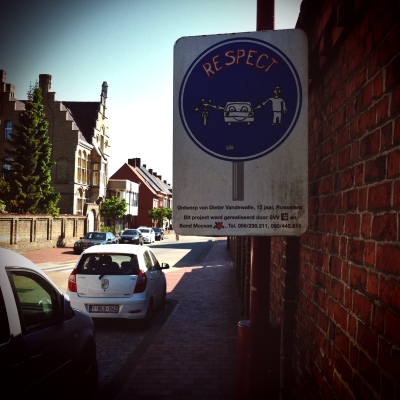 So I was catching up on Twitter and emails when I spotted this from @TheAdvoc8te who tells of getting reacquainted with biking after years off. Hats off to her for doing something that was intimidating, but giving it a go anyway. It's natural to avoid things that intimidate us, or that flat-out scare us so I really respect folks who fight the fear, swallow hard and take the plunge anyway.

But I am also thrilled to share the road with someone who's getting the sense of freedom and confidence that cycling can offer. While traveling here in Belgium I got an email from a co-worker: after looking long and hard for just the right bike, she finally found the one she wanted and her note was bursting with excitement. She had just been out for a long ride and wrote "I can't get enough!"

Nothing like moving under your own steam to make you feel strong and confident. And nothing like blowing off some steam on a bike ride: either before or after a long day of work. It could be the air, the endorphins or the sheer joy of motion that leaves me smiling during and after a ride--in any weather.

So, happy to see you on the road @TheAdvoc8te, and I'll look for you out there. You'll know me by my goofy grin and the thumbs up I give you.

..and now, off for a bike ride of my own on my last full day here in Gent. 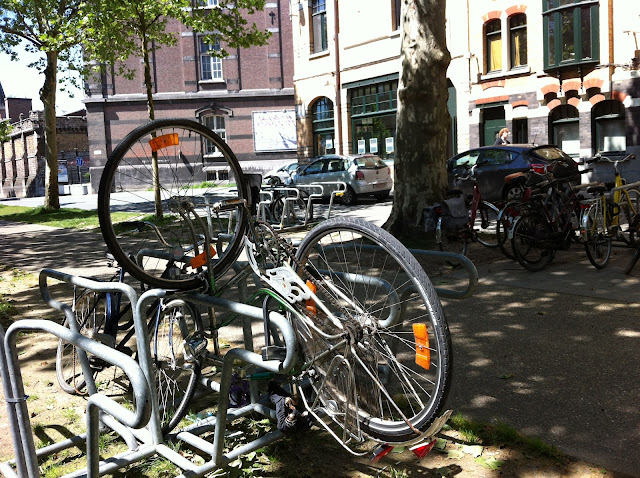 Most unusual bike parking strategy so far. Gent, Belgium.
Posted by Kate Ryan at Sunday, May 27, 2012 No comments: 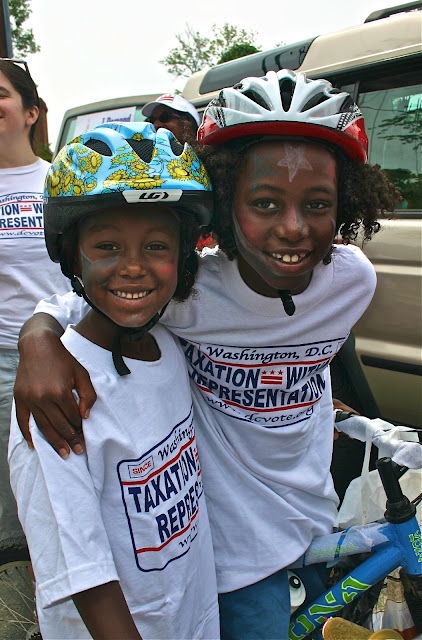 Concerned about safety and enforcement of cycling regulations in DC? Then WABA wants you to know about this DC Council Committee hearing. The hearing date is 5/30/12 but you've got to register by close of business 5/25/12 if you want to offer testimony. Check the link for information.
Posted by Kate Ryan at Tuesday, May 22, 2012 No comments: 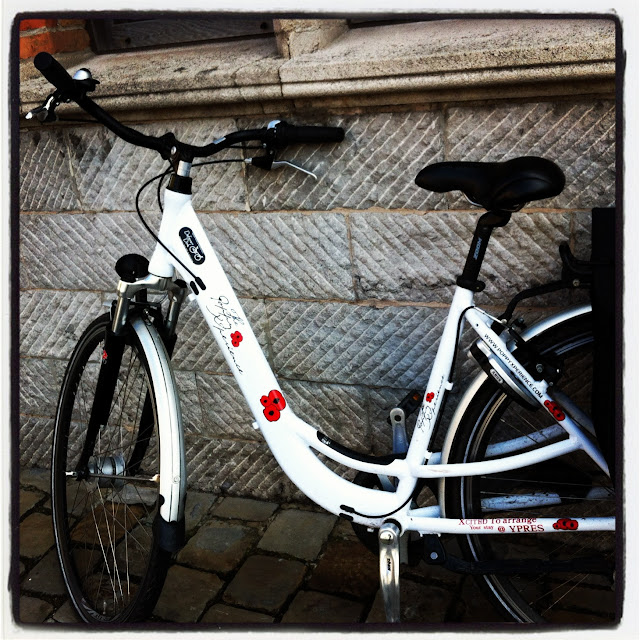 There is much more to Ieper (you may have seen it in your high school history books as Ypres) than the legacy of the devastation of WWI, but this is a slice of history you really need to explore when you visit this wonderful Flanders city.

The museum dedicated to the impact of the First World War will be closed until June 2012, but here is a link that helps you understand the history and symbolism of the poppy in the history of Flanders.
Posted by Kate Ryan at Tuesday, May 22, 2012 No comments: 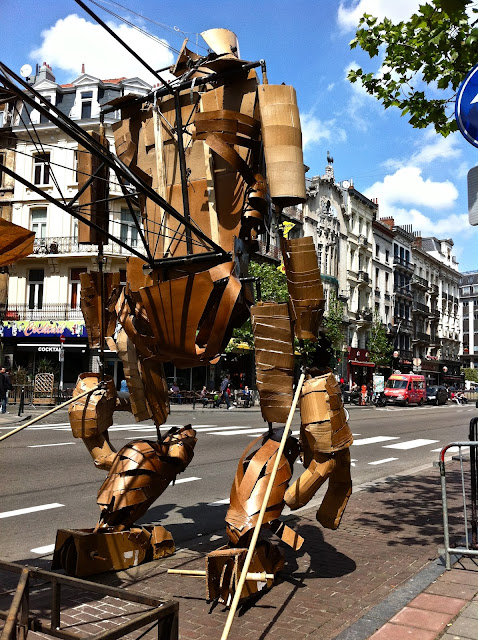 ...all kinds of creativity. Here's one fine example: the Zinneke Parade. I did a report for WTOP, and here's a bit more in audio-postcard format.