Bikes and baby wipes and your commute to work... 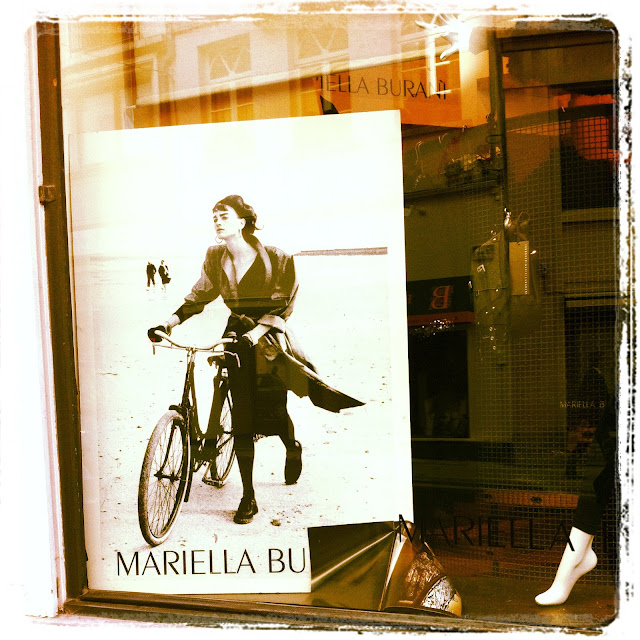 What in the world do bikes and baby wipes have to do with commuting in the Washington, DC region? Plenty, if you follow the arguments of urban planners and cycling advocates who say women are important to making biking a bigger part of our transportation infrastructure.

Here's the formula: more bikes = fewer cars jockeying for your space on the road (and that coveted parking space). But, advocates say, until more people see biking as viable, we're all doomed to gridlock. So, how to get more people biking? Convince them it's not just economical and fun, but safe. How do you that? Show them how many women are out there, pedaling to work, social events, even parent-teacher meetings. 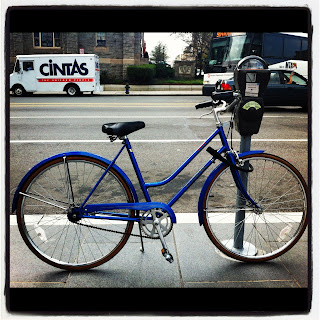 Think of women as the reverse of the canaries in the coal mine. Historically, canaries were used as sentinels in coal mines: sensitive to toxic gases, they were indicators of danger in the mines. But in cycling, the presence of women biking on the road is seen as an indicator of just how safe it is.

Sound nutty? Not according to the crowds who attended the National Bike Summit here in Washington, DC. Studies often cite the gender split when it comes to traveling on two wheels: more men (in and out of lycra) are hitting the road on bikes in the U.S.  But there is a growing movement to get the ladies out there. 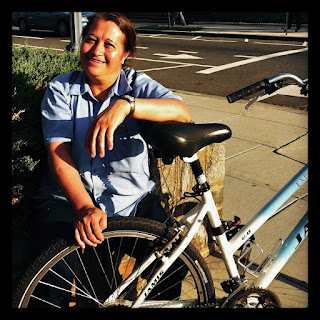 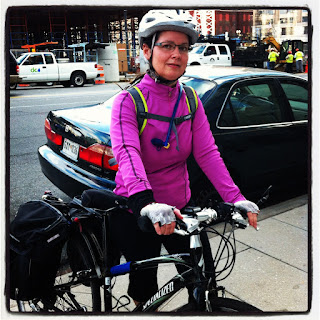 Lisa Vandehaar on her Specialized. She commutes to DC from Alexandria. Listen to her tell you about her "Miracle Mile". She'll explain.
Oh, and about the baby wipes?

You'll hear that connection in the audio portion of the story, which I'll post here later. For now, check it out as it airs real-time on WTOP,  103.5 FM, your-traffic (and yes cyclists, that includes you) and-weather-together station.

Special thanks to all the women who let me snag them as they went about their business by bike and to those at the National Bike Summit who made time for me during their very full days at the summit.
Posted by Kate Ryan at Saturday, March 24, 2012